The Mormon Church is Not Changing it’s Name - Again 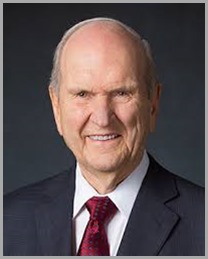 Technorati Tags: Mormon,LDS,Latter-day Saints,Mormon Church Name
The Mormon Church is not changing it's name again, it is making a 'correction.' In an official statement in August new president, Russell M Nelson, said:

“The Lord has impressed upon my mind the importance of the name He has revealed for His Church, even The Church of Jesus Christ of Latter-day Saints. We have work before us to bring ourselves in harmony with His will. In recent weeks, various Church leaders and departments have initiated the necessary steps to do so. Additional information about this important matter will be made available in the coming months.”

Call me cynical but I have the suspicion this is not so much an impression from the Lord as a long-standing issue for the man. I imagine all those leadership meetings over the years where he tried to raise the subject - 'Oh, Russell's on his hobby horse again. Mormon is popular Russell, listen to the tech guys.' I imagine the rolled eyes when this was announced, 'He's only gone and done it!' But then what's the point of being president, especially after so long a wait, if you can't have your own way, as Donald Trump might have said.

The Mormon Church has long had a style guide to help us ignorant folk speak properly and respectfully about the church. The style guide , which is found from a link at the bottom of the Mormon 'Official' Newsroom page, has been updated to reflect this change correction. To indicate the trouble this 'correction' has caused, I simply point out that at the time of writing the official web address for the style guide, that discourages every mention of the term Mormon, is www.mormonnewsroom.org/style-guide. The Mormon Newsroom is now officially the Official Newsroom, but it retains it's Mormon Newsroom web address. The web address where I found this story is lds.org/church/news. Aren't you glad we cleared that up?

This is a mammoth project, you can get an idea of how big here and here. Look here to see typical search results when you type 'Mormon' into your search engine. It raises an interesting question. If the Mormon Church does go to such lengths to expunge Mormon and Mormonism, LDS, and more that is so familiar from it's official terminology, how will that effect their search engine rankings? If they follow through on this policy will the only thing left with the name 'Mormon' be the Book of Mormon? If they continue to rank high on the first page of a search engine with 'Mormon' does it mean they are cheating and using the name that must not be named in tags, web addresses, etc? What happens to your SEO when your most familiar name in the world largely drops out of official statements, on official sites, in articles and conference addresses?

Someone has had to sit down and think this through, and others have the task for years to come of continuing to 'correct' members and leaders alike. What it is to be in a church where your every utterance is checked and correlated to ensure everyone adheres to the newspeak. How many Mormons on the doorstep will check themselves halfway through Morm...before coming up with the correct, official, mandated language. What is that by the way?

The official style guide comes, once more, to our rescue:

If it is the “Church of Jesus Christ” where do over 2billion Christians around the world fit into the scheme of things?

One correspondent wrote of, “The difference between ‘Christians’ and the Church of Jesus Christ…”

I wonder if Mormons realise how very peculiar this will sound to people outside the Mormon Church, especially where I am, outside the geographical areas where Mormonism predominates.

Of course, we know the chequered history of the Mormon Church’s name; Church of Christ - 1830; Church of the Latter-day Saints - 1834; and variously 'The Church of Jesus Christ', 'The Church of God', and 'The Church of Christ of Latter Day Saints.' The original 'The Church of Christ' chimes with the restoration narrative and might have stuck but for the fact several US churches used the name. The change to Church of the Latter-day Saints in 1834 happened simply to avoid confusion. In the end, and contrary to people's fond notions, it's pragmatism that drives much of what goes on in a cult. The Mormon god does seem to have been slow in sorting out this whole business. Meanwhile Mormons, from local wards to the presidency, have proved stubbornly reluctant to drop these useful monikers.

Meanwhile official sources continue their efforts to make the Mormon Church sound and look more mainstream and 'orthodox,' at least at first glance. That, after all, is what counts. I am fully aware of what their “style guide” is trying to do, i.e. if people hear something often enough they come to accept it as fact. If what you continually hear is 'The Church of Jesus Christ' you accept the claim of Mormonism to be Christian, 'the only true church.' Surely, though, most people would define the Church of Jesus Christ as the sum of Christians, and a Christian as a member of the Church of Jesus Christ.

The earliest Christians identified themselves as followers of 'the Way' (Acts 9:2) They were also 'disciples' and 'were first called Christians in Antioch' (Acts 11:26). Our faith is the Christian faith, founded on the Word of God in the Bible, on Christian doctrine. Our church is the Christian Church, we are disciples of Jesus Christ and followers of the Way. Maybe 'Christian' has stuck for these reasons.

My wife and I recently took a break in Stratford-on-Avon. We had never been before so we made sure we visited the Royal Shakespeare Theatre, there to see a production of Romeo and Juliet. The balcony scene is what everyone thinks of when this play is mentioned. Juliet, not realising she is overheard by Romeo, asks:

What’s in a name? That which we call a rose

By any other name would smell as sweet;

There is a lot in a name. The Bible tells us there is no other name under heaven by which we must be saved, except the name of Jesus Christ (Acts 4:12) The second prophet of the Mormon Church, Brigham Young, preached a different gospel (Gal.1:6-9) 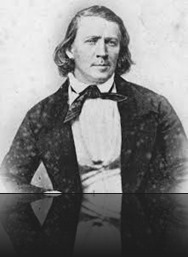 'Joseph Smith holds the keys of this last dispensation, and is now engaged behind the veil in the great work of the last days. I can tell our beloved brother Christians who have slain the Prophets and butchered and otherwise caused the death of thousands of Latter-day Saints, the priests who have thanked God in their prayers and thanksgiving from the pulpit that we have been plundered, driven, and slain, and the deacons under the pulpit, and their brethren and sisters in their closets, who have thanked God, thinking that the Latter-day Saints were wasted away, something that no doubt will mortify them—something that, to say the least, is a matter of deep regret to them—namely, that no man or woman in this dispensation will ever enter into the celestial kingdom of God without the consent of Joseph Smith. From the day that the Priesthood was taken from the earth to the winding-up scene of all things, every man and woman must have the certificate of Joseph Smith, junior, as a passport to their entrance into the mansion where God and Christ are—I with you and you with me. I cannot go there without his consent. He holds the keys of that kingdom for the last dispensation—the keys to rule in the spirit world; and he rules there triumphantly, for he gained full power and a glorious victory over the power of Satan while he was yet in the flesh, and was a martyr to his religion and to the name of Christ, which gives him a most perfect victory in the spirit world. He reigns there as supreme a being in his sphere, capacity, and calling, as God does in heaven.' (Brigham Young, Journal of Discourses. vol.7 p.289)

If Mormons want Bible salvation they need to change more than their name.