‘I have taught you nothing but God’s holy word, and those lessons that I have taken out of God’s holy book I have come hither to seal with my blood’ (Rowland Taylor, to his parishioners at Hadley, [Suffolk, England] before kissing the stake at which he was to be burned February, 1555)

‘We present you with this book, the most valuable thing that this world affords. Here is wisdom; this is the royal law; these are the lively oracles of God’ (Words at the presentation of the Bible at a coronation, spoken by the Moderator of the General Assembly of the Church of Scotland)

What do you think of the Bible? Is it, to you, ‘the most valuable thing that this world affords?’ Is it worthy of being sealed with the blood of martyrs? The New Testament is described in the January Ensign magazine of the Mormon Church as, ‘…one of the most influential and life-changing texts in the history of the world…’ (Ensign, Jan.2015, p51)

One of the most influential texts? This suggests there are other texts we may legitimately put alongside the Bible for which Rowland Taylor, and so many others, died. That Queen Elizabeth II might have been handed other, as precious ‘lively oracles’ in 1953. That the Bible is simply one of the most valuable things this world affords, containing some useful wisdom, a handy portion of the royal law, some of the lively oracles of God. But then, the Mormon Church has a history of dismissing established truth in order to establish its own, and this Ensign article is no exception. 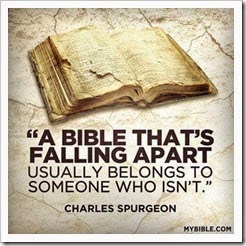 It reads almost like a valediction to a superseded age, a farewell to an old retainer who serves ill this latter age of prophets, seers, and revelators. ‘The restoration,’ we are told, ‘clarifies and enhances New Testament teachings…’ Truth, it appears, is not as steady on its legs any more and needs help getting around, making its point, being understood. There ought, perhaps, to be a home for old truth, a place of retirement, a comfortable chair beneath a shady tree where it can receive the plaudits it deserves for what it did in its day, get a well-earned rest, be visited occasionally, a sunny veranda from which it can watch new truth play at redefining the world in its own image.

For all that, we are assured that this superannuation of old truth, ‘does not diminish the love and reverence that [Mormons] feel for the New Testament.’  ‘Grand old thing,’ you can almost hear them say. Do the revelations of Mormonism enhance established truth? Does its doctrine ‘build upon the foundation of New Testament teachings?’ 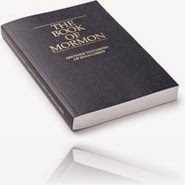 Here we find the usual dog whistle theology, something for the faithful that the rest won’t hear, the employment of a coded language to convey a hidden message. The article insists, ‘true faith in Jesus Christ is coupled with obedience,’ and any true believing Mormon will understand that this means, “not like my one-day-a-week ‘Christian’ neighbour.”

And so it goes on:

Ephesians 2:8, ‘By grace ye are saved, through faith…’ is ‘enriched’ by reference to 2 Nephi 10:24 and a call to ‘yield our wills to God by believing in His Son, repenting, keeping His commandments, and doing good works.’ (Can you hear the whistle?)

Philippians 4:13, ‘I can do all things through Christ which strengtheneth me,’ is ‘clarified’ by a reminder that the atonement doesn’t just save us but enables us to do good, to ‘bear our burdens with ease.’ It is an ‘enabling power.’ (Can you hear the whistle now?)

‘Thus, Restoration scriptures,’ we are assured, ‘support the New Testament’s teachings on grace and also expand our view of it, helping us see the hand of the Lord in our lives and how we can access His power here and now.’

This is a coded allusion, a sideswipe at Christians who are portrayed in Mormonism as not believing in perseverance, obedience, good works, being faithful to the end.  Mormonism insists that Christians pay mere lip service in their devotion, have an easy-believism. Joseph Smith even said our creeds are abominable, and we who profess them corrupt (Joseph Smith History 1:19)

But obedience was never lost to the Christian faith, as history and current experience show. It is an insult to caricature Christians in this way. Our creed is that we are saved by grace alone, through faith alone, in Christ alone, but that faith doesn’t come alone, it is accompanied by obedience, ‘works that follow.’ (Eph.4:12) The Bible doesn’t need enriching, or clarifying here, it has myriad calls to action of which Christians are well aware and on which we daily act. What Mormons misunderstand, sometimes wilfully it must be said, is that we don’t depend on our ‘good works’ to gain us any merits with God. Our God isn’t that gullible.

The article speaks of the ‘'’enabling power’ of grace as something ‘clarified’ through Mormon prophets, quoting Elder David Bednar:

‘Not only does the Atonement overcome the effects of the Fall of Adam and make possible the remission of our individual sins and transgressions, but His Atonement also enables us to do good and become better in ways that stretch far beyond our portal capacities.’ (Ensign, May 2014, p.89)

The article goes on:

‘This idea that God grants people His enabling power here and now is a theme that runs throughout the Book of Mormon, which contains numerous stories of people who are strengthened to overcome life’s difficulties,’ but goes on, ‘Even though the Book of Mormon doesn’t often use the word grace in describing such events, it contains multiple accounts in which the Lord strengthens people who humble themselves and exercise faith in him.’

It might occur to you to ask exactly how many times grace is mentioned in the seminal book of Mormonism, and how does this compare with Christian Scripture? Using their edition of the King James Bible, the official Bible of Mormonism, I have found 122 verses containing 131 matches. In the Book of Mormon (22), the Doctrine and Covenants (17), the Pearl of Great Price (1), together there are forty uses of the word ‘grace.’ One thing of which we may be certain, far from enhancing the Bible’s teaching on grace, Mormonism has rather diminished it!

Be that as it may, the typical Mormon when presented with this teaching thinks, of course my Christian neighbour doesn’t have the Book of Mormon so doesn’t understand this principle of works, which explains their tardiness in following faithfully, explains their blind faith in ‘Jesus Saves!’ (Can you hear the dog-whistle?) But the ‘enabling power’ of grace has always been familiar to Christians who, having been saved by it, walk in the strength of it every day. We trust in Christ and work out our faith in our lives (Philip.2:12).

Mormons, on the other hand, believe themselves, ‘saved by obedience,’ (3rd Article of Faith) and that salvation they describe as ‘progression’ to a state they term ‘exaltation.’ ‘This is my work and my glory,’ declares the Mormon God, ‘to bring to pass the immortality and eternal life of man.’ (Moses 1:39, Pearl of Great Price) I can’t think of anything more self-serving and impious than to assign to God the task of exalting me. Nor can I  imagine anything more futile than the pursuit of my own exaltation.

The Bible is very clear in ascribing all the glory to God, ‘from him and through him and to him are all things. To him be the glory forever, Amen!’ (Rom.11:36) The Larger Catechism sums it up well in declaring, ‘Man’s chief and highest end is to glorify God and fully to enjoy him forever.’ The familiar doxology in Ephesians tells us all we need to know:

‘Now to him who is able to do immeasurably more than all we ask or imagine, according to his great power that is at work within us, to him be glory in the church and in Christ Jesus throughout all generations, for ever and ever! Amen!’ (Ephesians 3:20-21)

The Christian emphasis on grace and faith seems to a Mormon an easy way to heaven, a ‘get out of jail free’ card, undeserved and unmerited. But that is the nature of grace, it is undeserved. In the Old Testament it translates the Hebrew chesed, normally translated ‘loving-kindness.’ It stands for God’s continued faithfulness to his covenant people, even as they prove less than faithful to him. In the New Testament it translates the Greek charis, which denotes God’s redemptive love, always active to save sinners and maintain them in a proper relationship with him. The emphasis of grace is always and without exception the work and activity of God, his active redemption of undeserving sinners.

The Mormon emphasis on works seems commendable but simply doesn’t reflect Bible teaching.It fails completely to recognise the desperate state of fallen man, ‘dead in sin’  (Eph.2:1). Mormons ‘strive to be worthy’ of God’s undeserved favour; surely a contradiction in terms. If it is undeserved you cannot, by definition, be worthy of it. Paul makes clear, ‘the wages of sin is death, but the gift of God is eternal life, through Jesus Christ our Lord’ (Ro.6:23). According to the Bible, the only thing you can earn, indeed have earned, is death, while the life for which Mormons strive is God’s gift to repentant sinners. It is when that life is received, is ‘in us,’ that we are enabled to ‘work out [our] salvation’ working out in our lives what God has put in our hearts simply because we have trusted in Jesus. It is only having received eternal life that we are able to ‘show [our] faith by what [we] do’ (James 2:18)

‘Therefore, since through God’s mercy we have this ministry, we do not lose heart. Rather, we have renounced secret and shameful ways; we do not use deception nor do we distort the word of God. On the contrary, by setting forth the truth plainly we commend ourselves to every man’s conscience in the sight of God.’ (2 Cor.4:1-2)

There are no secret asides, no knowing looks, no nods and winks, there is no dog whistle in the Christian faith. We set out the truth plainly and commend ourselves to every man’s conscience in the sight of God. Finally, it is a question of which comes first, the cart or the horse. Mormons put the cart before the horse, making faithfulness a condition of salvation, whereas the Bible puts the horse first, making faithfulness the fruit of salvation. That is why a born-again believer in Jesus can confidently declare they have an eternal inheritance. This is not arrogance, it is assurance. Jesus declared:

‘I tell you the truth, whoever hears my word and believes him who sent me has eternal life [present possession] and will not be condemned [future hope]; he has crossed over from death to life [past event].’ (John 5:24, cf Ro.10:9-12)

As I sit and write this I ‘stand’ in life; where do you stand?