“It shouldn’t surprise anyone that [Karen Carpenter] was baptized a Mormon after she died. But we still struggle to understand how she is any more saved by having her work done twice in a month at the same temple in 1992. Or twice in 2 days in 1993. It just doesn’t seem necessary.” 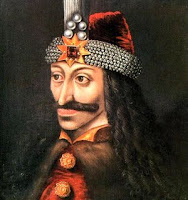 To be precise she was baptised a total of six times, washed and anointed (don’t ask) twice and received her temple endowments a total of five times – and she was never a Mormon. Mormons come up with all sorts of excuses for why this happens and keeps happening. The real reason is that it satisfies, each time, the sick need of some wacko necromaniac to be able to simper, “Of course, I went through the temple for Karen Carpenter you know.” 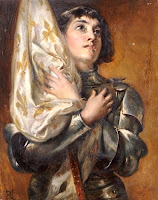 The Mormon preoccupation with the dead has long passed from the bizarre to the profoundly offensive, as shown by the web site Famous Dead Mormons. They are all in there, from Vlad the Impaler (baptised a Mormon Sept.2009, I kid you not) to Joan of Arc (baptised 4 times), from Elvis (baptised 7 times) to Emperor Constantine (baptised 1994) 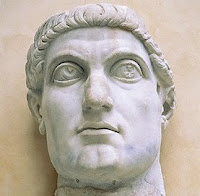 While it can be funny there is a serious side to this as family wishes are run over roughshod and every few years Jewish groups complain to Salt Lake City about the temple baptism of holocaust victims.
Each time apologies are offered and assurances given but each time the Mormons just ignore everyone and go on doing what they like. No one is suggesting that this pointless exercise actually has any influence on the eternal destiny of people used in this way but while none of this temple doctrine is true, and every work done is done in vain, nevertheless it is very real for the relatives of those so used and the offense is almost unbearable to many.

Christians do not build temples (2 Cor.6:16) and the temples Mormons build are neither Christian nor Jewish, although curiously enough they do have their biblical parallels  – see more here. Neither is baptism for the dead taught in the Bible. Imagine what heartache might be avoided if Mormons were to realise this, and what might otherwise be done with the resources fruitlessly poured into building, equipping, maintaining and attending these temples of the dead.