Last time we discussed the problem of sin, the predicament of the lawbreaker and the scandal of the Cross. When we share the scandalous message of grace with Mormons they cite James who insists, “Faith without works is dead” (James 2:20) In this second post on explaining grace to Mormons we ask whether Paul is contradicting James when he writes:

“For there is no difference, for all have sinned and come short of the glory of God, being justified freely by His grace through the redemption that is in Christ Jesus; whom God has set forth to be a propitiation through faith in His blood...” (Ro.3:23-24)

Because all have sinned and because none can keep the law salvation comes “freely by his grace through the redemption that is in Christ Jesus”. Now the 3rd Mormon Article of Faith would have us believe that “through the Atonement of Christ, all mankind may be saved, by obedience to the laws and ordinances of the gospel” But Paul writes that we are “saved through faith in his blood”. Further, he makes clear in his letter to the Galatians that no law has been given, nor can be by which we may be saved (Gal.3:21) Our salvation is obtained through a simple confession of faith in the blood of Jesus spilled on the Cross to atone for our sins.

“Where is the boasting? It is excluded. Through what law? Of works? No, but through the law of faith. Therefore we conclude that a man is justified by faith without the works of the Law”

Mormons ask, isn’t James contradicting Paul when he writes, “faith without works is dead”? Not at all, since they are addressing two different issues altogether. Paul is setting out a carefully reasoned argument in Romans in which he shows that “all have sinned and come short of the glory of God, being justified freely by His grace”. James is addressing the conduct of Christians in their meetings (Js.2:2) and carefully arguing that the faith of a Christian issues in correct conduct; “faith without works is dead”.

If anyone doubts this you need only think of the countless acts of charity, great and small, performed by Christians every day: churches, missions, charities, financial giving, acts of service, sacrifices of time and resources, etc. But how can God expect us to be good when we are already saved?

“Saved by grace” doesn’t mean that God overlooks our sins and says, “Oh, alright, I will let you into my heaven anyway.” The Bible makes clear two very important things:

1. Our sins are not overlooked but atoned for.

Some 700 years before Christ this was prophesied:

“He was pierced for our transgressions, he was crushed for our iniquities; the punishment that brought us peace was upon him, and by his wounds we are healed” (Isaiah 53:5)

Jesus, on the Cross, has settled accounts with God and paid for our sins. This is a costly grace that comes to us freely, through faith, but cost him everything. But there is more to it than that.

2. Christ is our righteousness.

Paul describes Christians in this way:

“It is because of [God] that you are in Christ Jesus, who has become for us wisdom from God – that is, our righteousness, holiness and redemption. Therefore, as it is written: ‘Let him who boasts boast in the Lord.’” (1 Cor.1:30-31) So:

Christ has paid the price for our sins but he has also become our righteousness. A transaction has taken place in which he takes on himself our sinfulness and we receive his righteousness. Paul describes it like this:

Jesus spoke in John’s gospel of being “born again”, or “born from above” (John 3:5-6). This is what he was talking about, i.e. the work of the Spirit who gives new life to the believer. It is the atonement of Jesus that cleanses us from sin and the righteousness of Jesus that qualifies us for glory, and the new life we have in him that equips us to do the works that God requires (Eph.2:10)

Of course it is impossible for the sinner to do the works of God, as Paul clearly teaches in Romans, and it is impossible for Mormons to understand how God can expect us to “make the effort” if God has just let us “get away with it”. But the deal is not that we “get away with it” but that our debt to God is paid in full by Jesus and we receive a new life that equips and motivates us to obey gladly, not simply from gratitude but because that is what God has made us.

It is the miracle that makes us good in God’s eyes and fits us daily for good works and glory. It is in this way that we receive the gift of salvation, justifying us before God, and of sanctification, that daily brings us closer to our glorification in his kingdom.

“What we will be has not yet appeared: but we know that when he appears we shall be like him, because we shall see him as he is. And everyone who thus hopes in him purifies himself as he is pure.” (1 Jn.3:2-3)

Next: But faith without works is dead, isn’t it? 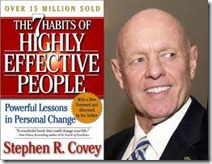